Yesterday was the transit of Venus here on Earth. If you haven’t already heard about it, then you for sure you don’t know the people I know! 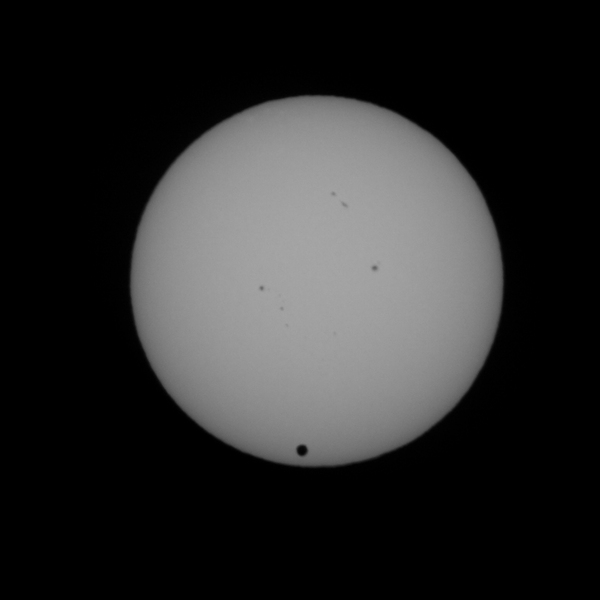 An earlier shot of Venus transitting the sun.

Later in the day I managed to setup the gear in the office and sneak this shot: 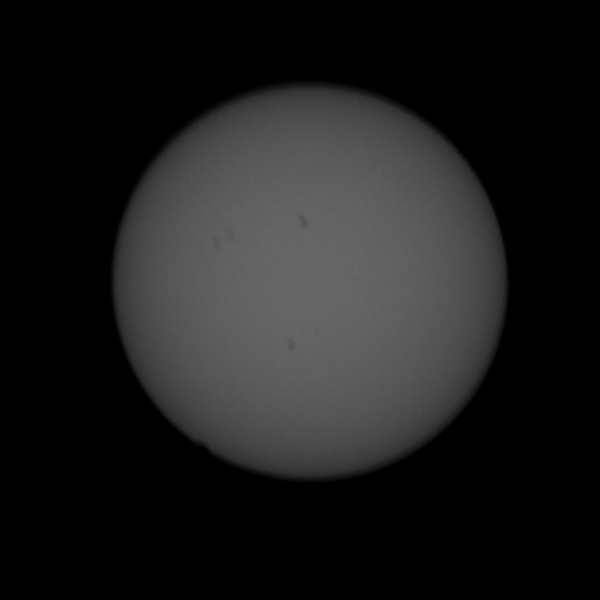 A very late shot of the transit - look for the small bump in the bottom left.

The photos were taken through a Skywatcher ED80 Telescope with a Canon 40D Camera mounted at prime focus. They have had almost no processing as I don’t have access to Photoshop at work. The second photo is a bit fuzzier as it was taken through the dirty office windows!